On this piece you can see my first experiments of finding out in which directions the wood is best to cut. Cutting with the grain of the wood is very easy, while the orthogonal to it takes about double the strengh.  Cuttin right into the grain like seen in the second pic is a nightmare! 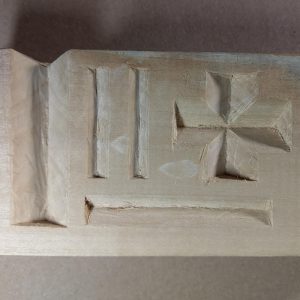 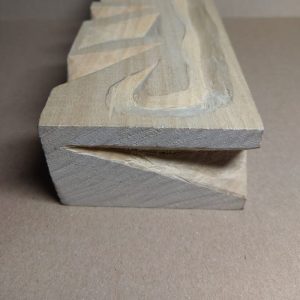 Here is a basic example how to get aimed breaking surfaces and struktures by pulling the carvingtool down into the grains direction. 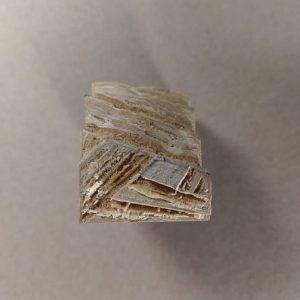 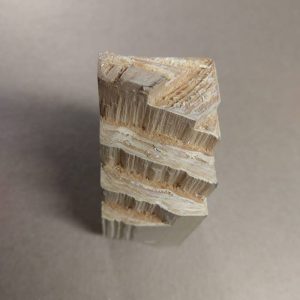 Taking bigger steps I allready tried testing at what point the Wood just splits open when I try to carve. 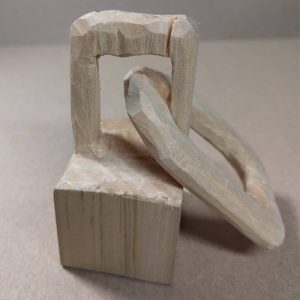 For further studies I wanted to see what the differences between certain types of wood are, by carving Spoons .

The branches allways have a brown soft center. Hazelnut is just a little tougher then what I have worked with previously.

Proceeding furtherly I bought a Spoonknife, which comes in very handy when you want to curve dents into a flat surface. Iteresting to see is that this wood has a browner pattern deep inside it.

It´s bark is about 4mm thick and made of two different layers. The upper visible one is a though, but thin, somewhat paperlike protection skin. Beneath it is a thick soft and a little moist sleaze matt imitading flesh. This is what seperates the outer bark layer from the wood. 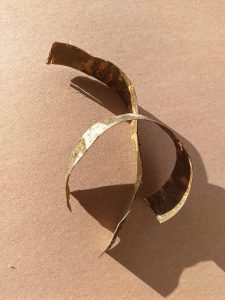 If procecessed in the right way this thin outer bark is still resistable enough to maybe write on it. In the lengh it can take a lot of stress but the vertical easily tears open. Just like wood the bark seems to have a strong direction and a weaker one.

Due to the moistnes of the middle layer, it can be peeled off and seperated form the outer bark and the wood branch. If fast enough, it can be put into form, but as soon as it drys out it breaks/teares apart.

Lime wood is one of the softest woods and very easy to carve with. However this piece is cut out of a block and not a normal branch, which is why there are barely any special patterns to see with this spoon.